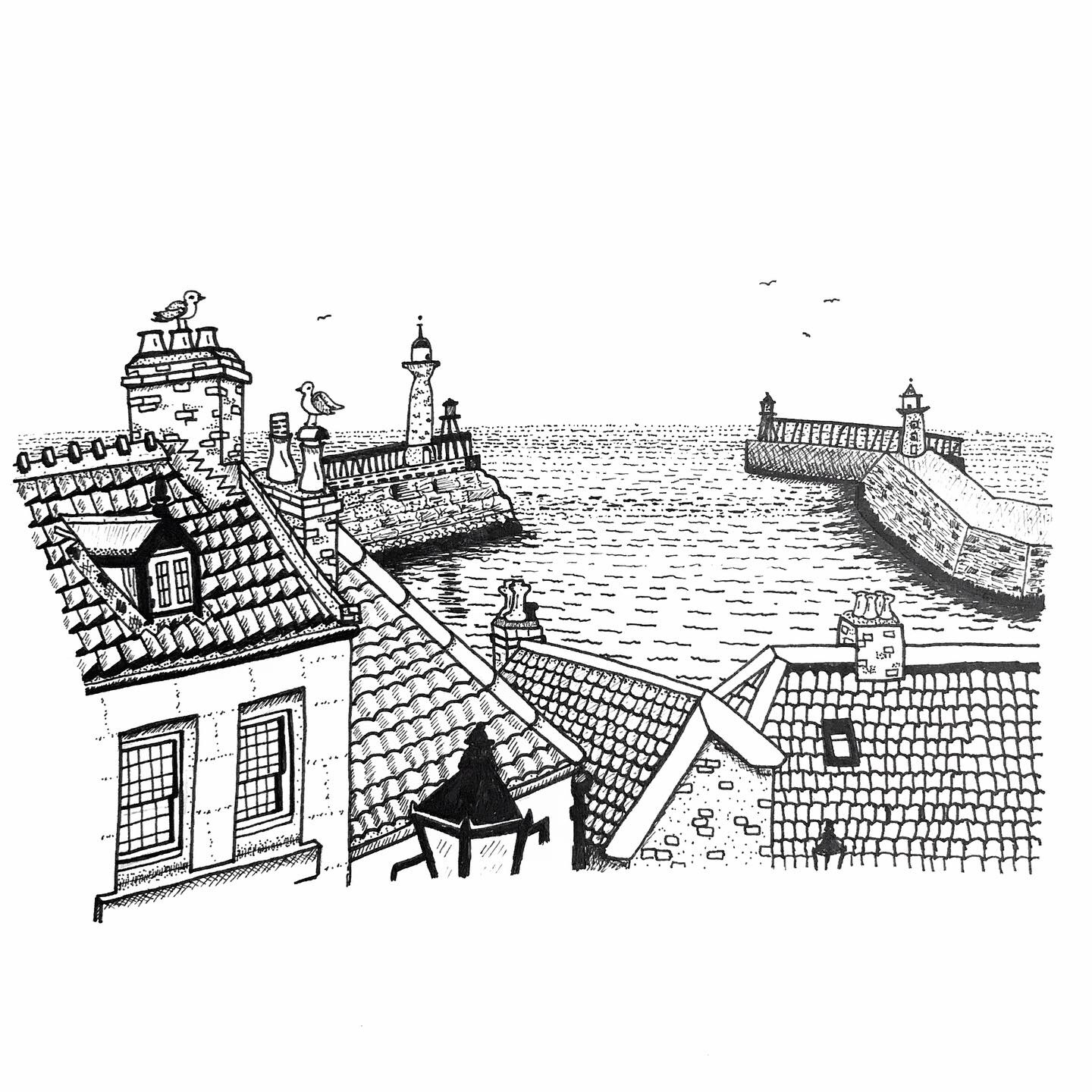 I could talk about Whitby for ages. Two blog posts at least! I’ve been to the town twice now and would definitely like to visit again soon. Here are just a few of my other highlights of my visits.

All the Spooky Stuff

From one of several ghost walks around the town, to alternative shopping destinations like Artemis and the Mermaid (Featuring a selection of local makers) there are a range of places to pop into and things to make time for on your visit. I especially recommend the ghost tours as a great way of getting to know the sights and navigation of the town centre. You’ll also hear some great bits of history and tales long the way, as well as a bit more on the Dracula connection.

The Whitby Museum has its fine share of eccentric curios and creepy collections too. The museum is free entry and is home to several pieces of note. A model of the Abbey, a weather prediction machine that would have used live leeches to work when it was constructed and creepiest of all, a supposedly genuine Hand of Glory. Said to bring luck the hand is rumoured to have been removed from the body of a hanged man, and was discovered in the home of a gentleman suspected of committing many burglaries but never held accountable for any.

We stayed in the Gypsy Rose hotel which I cannot reccomend strongly enough. The themed hotel was charming throughout and totally affordable. Completely dog friendly as a lot of the town happily is, each morning we received a basket full of fresh fruit, pastries, yogurts and cakes, to enjoy in our four poster bed in our Morrocan themed room. There was even a boiled egg for the doggo. Beautifully curated decor adorned each themed room, shabby and chic but lovably bohemian. The cocktail bar sported dapperly dressed taxidermist animals and a genuine Victorian seance lamp. I was in heaven!

The sandy beach was perfect for long walks with the pooch. I particularly reccomend the walk up to Staithes from Whitby pier. An easy walk over a few hours with chance for a brew and cake at the end. Your return journey keeps the wonderful abbey in your sights.

The seafood in the town is exceptional too. I particularly reccomend the Star Inne, but even the street vendors have lovely fresh cray fish tails and homemade sushi for you to enjoy. 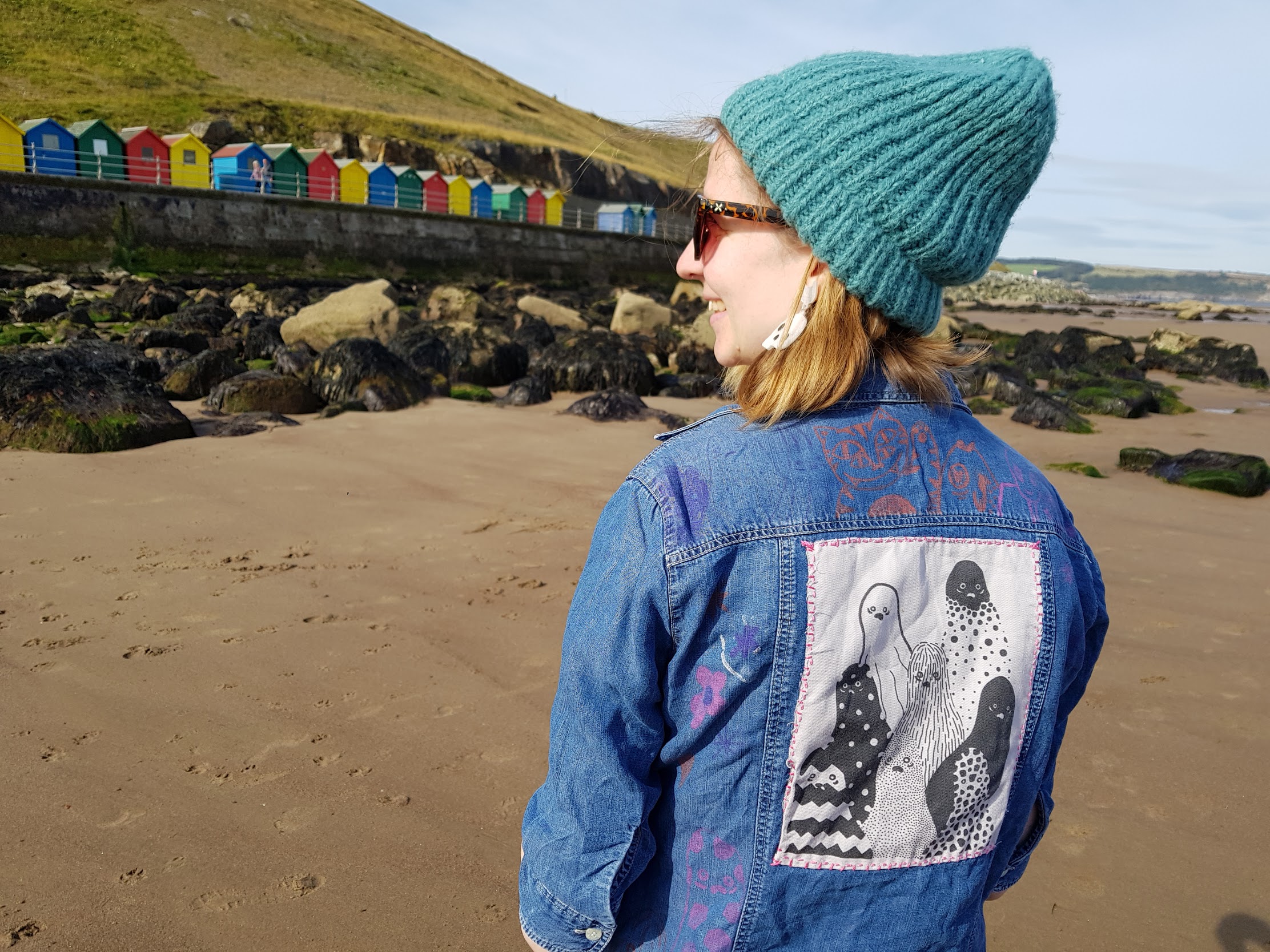 Down the road from historical haunted York is Yorkshire’s alternative seaside town Whitby. Having grown up in a British seaside town, it’s not that often I have found myself visiting other areas of the British coast. Wrongfully I have assumed that they are either nice but far away, or close but comprising solely of neon arcades, tourist traps and grimy bars full of stag and hen parties. I assumed they were what I as used to, except with much less rollercoasters, firework festivals and kitschy light displays. I always knew though, that if I were to venture somewhere it was always going to be Gothic Whitby.  For nothing more than the eerie Abbey ruins and gothic reputation. I have often been recommended to visit by friends certain that I would be besotted with the ‘Dracula Experience’ attraction. Indeed, the association of the town with Bram Stoker’s famous novel is a draw in itself.

Fangs for the Memories

In the novel ‘Dracula’ the ship that the famous vampire enters England on arrives into Whitby harbour. If I remember right, the ship arrives in the dead of night, not a crew member to be found and full of crates of soil. The soil we understand is Transylvanian, where Dracula slept during his transport. The crew members we assume, having faced a grisly vampiric death at sea. Stoker himself widely known to have stayed in the town, and reported to have written some of the novel there also I believe.

I would like there to be more influence from the novel in the town. However, my friends were entirely correct about the ‘Dracula Experience’ being right up my alley. Kitsch, cheap and naff. I use the word naff lovingly of course. I have a complete penchant for haunted houses, ghost trains and cheap thrills and spills. The Dracula Experience is entirely that. Costs about £3 to get in. Signs up warning you of live actors and yet we never saw a soul the entire way around.

The Abbey is a beautiful, imposing structure overlooking the town and the sea. Instantly visable as you approach Whitby. A beacon that you are about to arrive at your coastal destination.

For a fee you can visit the ruins, which I reccomend. The remaining architecture is a treat to behold. I found it inspiring enough that I subsequently sank many hours into completing a fine drawing of just a small portion of the ruins. Visit the neighbouring graveyard for views across the seafront.