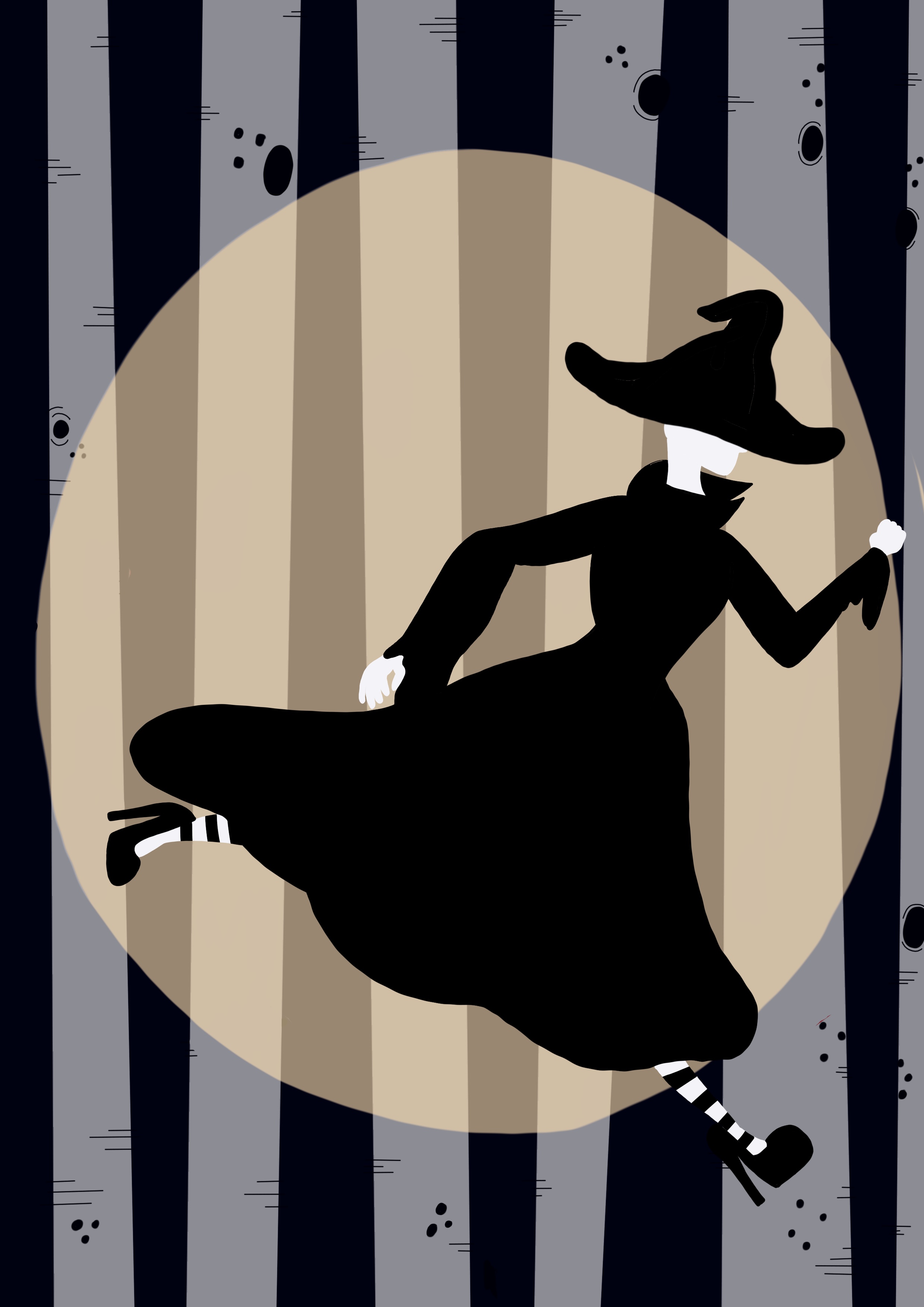 We interrupt this regular blog for a Halloween special.

It’s my favourite time of year and I know that lots of folk who follow my work feel that way too. So let’s take some time off from  the world of illustration and take on my top movie reccomendations for the big night.

I’ve picked some more well known favourites and some hidden gems, but these are the flicks that I think deserve to grace your screen this Halloween.

So grab your popcorn, your best hidey blanket and a stiff drink and let’s get spooked!

I’m a big fan of indie horror that play with genres, tropes and formulas that we expect to see in a horror film. You’ll notice this as a theme in this kit and ‘You’re Next’ is no exception.

It tells the tale of a woman going to spend a weekend with her boyfriend’s family when a gang of masked intruders descend on their remote hideaway. Sounds fun if the mill enough. Our lead then proceeds to take the tired and stale damsel in distress act and karate kick it’s face off. I won’t tell you anymore, but this smart feminist horror is well worth a watch.

This Oscar winning horror from Jordan Peele broke the mould for all the right reasons. It’s no secret that horror has always been incredibly white and this sociological horror about the experience of being a young man of colour in the US is perfectly political. I could discuss everything perfect  ending for days but I won’t put any spoilers here. It balances comedy with serious issues and has some stunning moments of cinematography. The story and characters are well developed and it’s relevant. It’s important. It’s about the world we live in today. I can’t recommendations it enough and Peele has done wonders for the horror genre by bringing it to us.

A slightly obscure option but I have a soft spot for this found footage horror comedy. A television crew travel to Eastern Europe to film a sequel to a reality tv show about an American woman building her dream home in the wilds of Moldova. However, they soon find themselves on the wrong side of the superstitious locals in a country where they are true outsiders.

There’s something kind of cheesy about it, but I enjoy how the story unfolds and the entertaining climax. There are more cerebral and serious found footage horrors out there (As Above So Below for example) but this is an enjoyable ride and an easy watch.

It’s Halloween and this is a Halloween must see. The film is set on one Halloween night as an anthology of spooky stories become intertwined. Bringing us the loveable Sam who has fast become a horror icon, we learn the rule of Halloween and what you must do to stay safe.

The stories are all very different but blend together perfectly. There are shocks and surprises along the way and the film encapsulates the spirit of Halloween. It’s almost  reminiscent of a book of ghost stories, or the tales you would hear on the playground as a child. What results is a Halloween movie with a sense of nostalgia and perfect for an autumn night viewing.

It’s that time of year again! Last year was my first drawlloween and boy did I love it. I am super busy but I need to make time for it. I rarely draw anything for the sake these days. I am Commission after commission at the moment and I want to break free for a bit of growth drawing. Plus it’s all spooky themed so OF COURSE I am all about it.

How to pick your challenges

In last year’s review I crowned Mab Graves’ drawlloween my favourite. I will be doing Mab’s again this year for sure. She has released her prompts and I have been collecting inspiration already. I want to do more challenges but I need to be sensible of my time. So I will do alternate days on drawing challenges  as opposed to more than one daily challenge.

This year feels like approximately one billion new challenges have sprung up. It makes choosing harder, and also feels a bit of a shame that people seem to be splintering off? I haven’t decided which I will do yet, but odds are that I will foot between. There is no shame in doing one for a day or two and moving on to another. Letting a prompt inspire you is perhaps the most important thing. Well, to me it is anyway!

A bonus challenge that isn’t drawing

I will also be doing Notebook of Ghost’s ‘31 Spooky Stories’ challenge. The challenge is to read a spooky short story a day. It’s nothing to do with drawing but it sounds fun. As well as making more time for aimless drawing, making more time for other hobbies is in my priority list too. Finding time and love for reading is important o me in addressing the right balance in life alongside running my own business. The short story angle means that when I am really hard up on time it’s not something that will take over my evening to do.

As always, follow along my Instagram @thisissianellis to see what I come up with for each challenge, and check out my stories for details on the short stories I will read.

Hashtags to check out 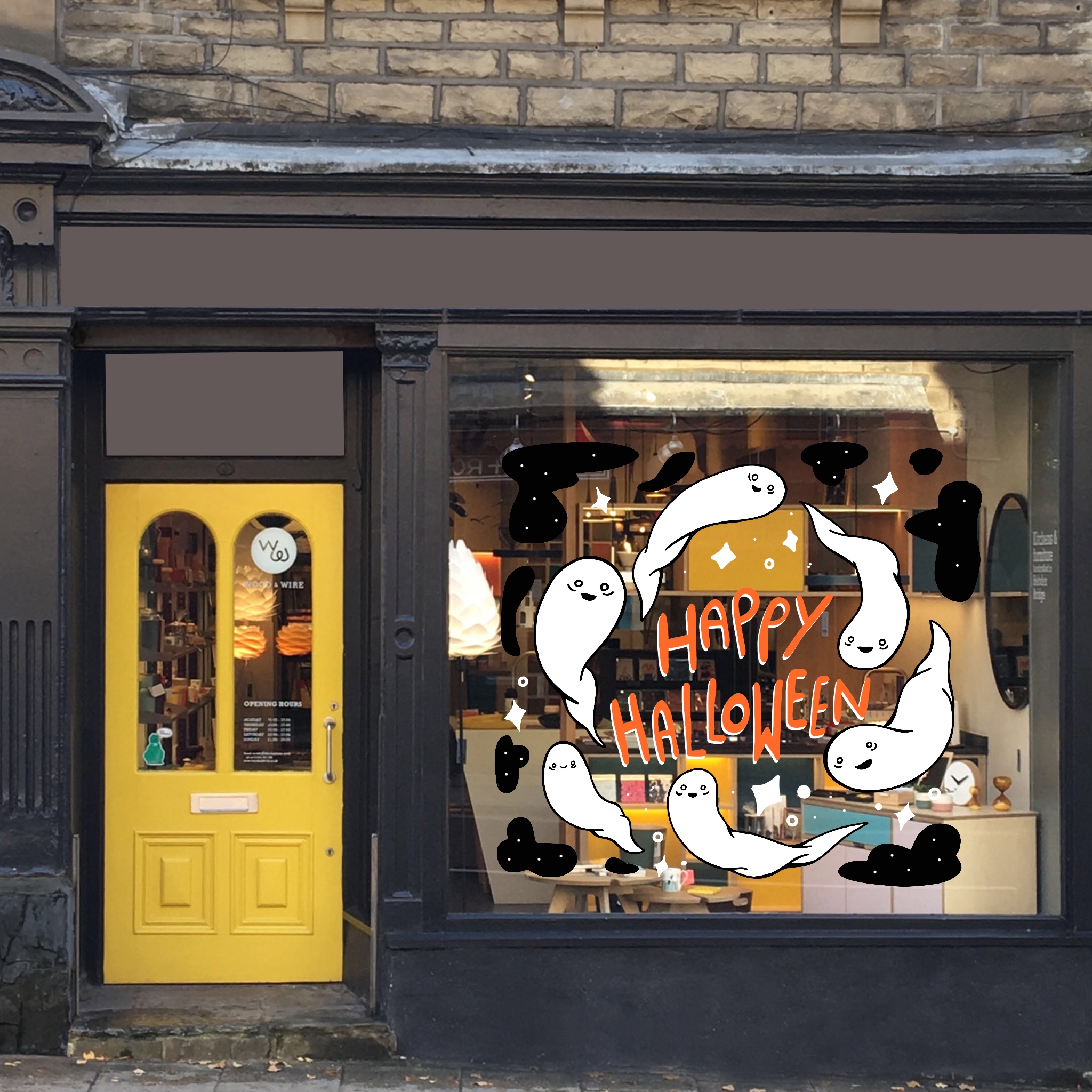 I would LOVE TO DO THIS. That’s my main headline

This year I have designed a package for store front businesses for me to create a one of a kind Halloween window drawing for them. It combines two of my favourite things, big public art and Halloween spooks!

Halloween is the one time of year that my art style is particularly en vogue with the masses. I’m always gonna be a ‘draw ghosts in July’ kinda gal, it’s just nice to see everyone else rocking it once a year too! You could even say that October is when I gain my mass appeal. I’m Cinderella all month long and then at the stroke of November I turned back into a carved grinning pumpkin for the rest of the year.

I’d like to create bright, cute and spooky Halloween scenes temporarily for the Halloween period. The designs are wipe clean when the storefront wants to inevitably get ready for Christmas.

The designs can be tailor made in include messages, the business name or Halloween greetings. Store owners can input any specific ideas they have and I will happily chat to customers and passers by as I work.

It’s fun, it’s good for business and CAN YOU TELL I REALLY WANT TO DO IT

Halloween in the U.K. seems to be a holiday that is growing in popularity year on year. You just have to look at the rise in Fear Farms, Pumpkin Picking and the cult of the Pumpkin Spiced Latte. I believe it has real pull power for customers. It’s a sure fire way to make your business stand out on a busy high street.

Plus, it’s really flexible. Whether you are a comic book shop or a cafe, a restaurant or an estate agents. It works for lots of different customer focused businesses. It can even brighten up an office. Furthermore, even though I LOVE Halloween, I can design windows for other occasions too.

I am really keen to try this idea so if you are a business or know a business who might fancy it, send them my way and let’s get the ball rolling! 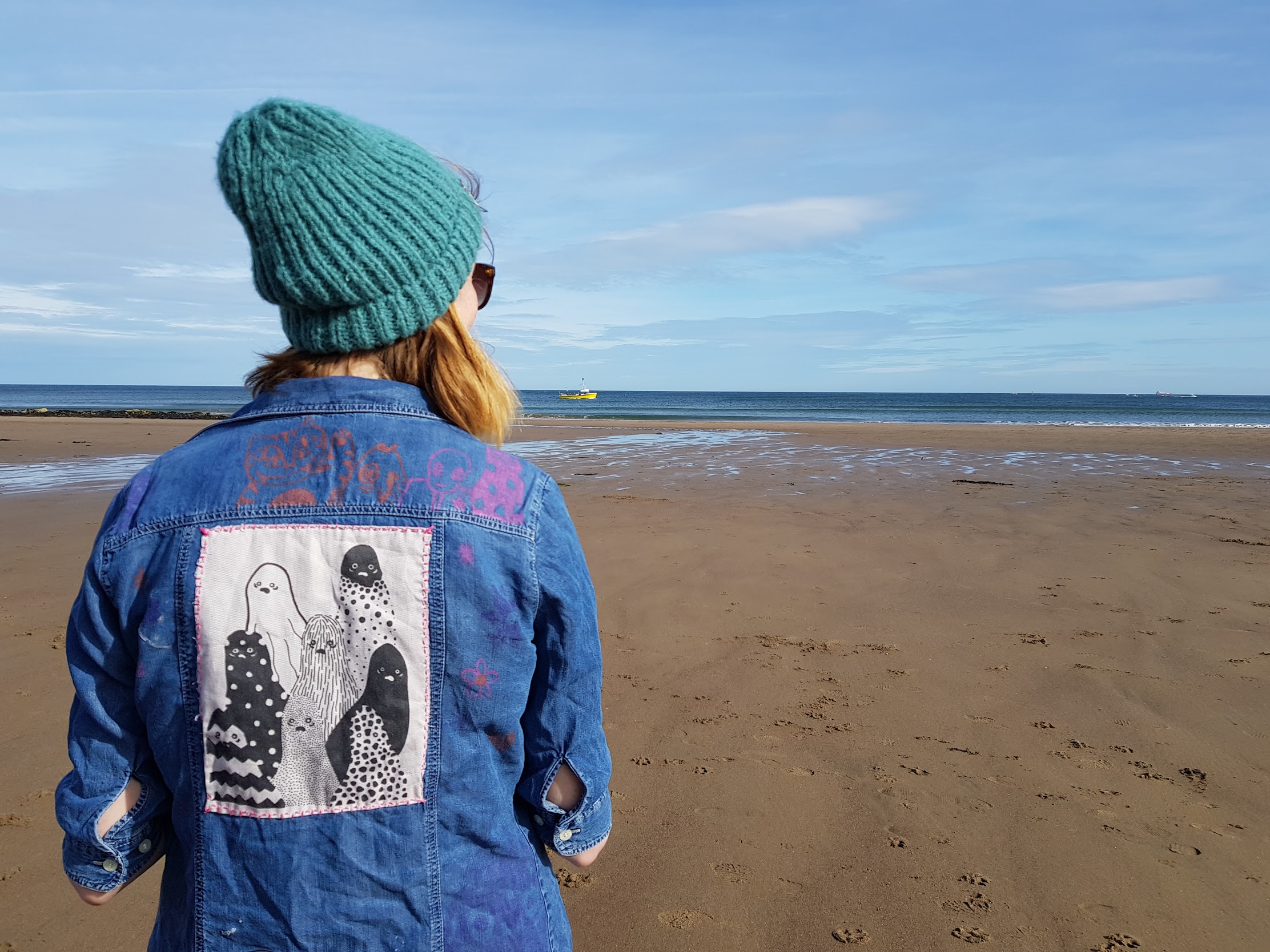 It’s a unique trait of the self employed. You’d never work a salaried job and feel guilty on your day off, would you? I suppose it’s partly down to diffused responsibility, and the lack there of in self employment. Your business will succeed or fail by your hand alone. It’s easy to feel like you aren’t doing enough. It means that every day you aren’t all about you business you can experience a nagging feeling. A feeling that tells you that those lost hours are integral you your businesses success.

It’s way too familiar for me. I give myself days off when I am sick or have something to do I booked in ages in advance. Even for the nice days there’s a. Lice in my head telling me I can’t afford it. Even on the sick days I squeeze in some blog writing or Instagramming or digital work. Heck, I’m describing the days off I give myself and they aren’t even real days off!

I know I shouldn’t feel guilty because they are absolutely necessary. Working forever without a day off only leads to exhaustion. It means poor decision making and panicked priorities. I know this in theory but I struggle to convince myself to act accordingly. It’s something I am working on. Burn out is a real threat. Plus time for friends and family is important.

As I write this I have given myself a day off. I am exhausted, stiff and headachey. It’s a big step, but I’m still not doing it right. For instance, I am writing this. Stock has been ordered, I’ve done some social media and I updated my accounts. I did have a good breakthrough though. I forgave myself for it. Today I had painting plans and I had to postpone them. It twisted my insides up. I kept thinking of just going and powering through. This would inevitably lead to a horrible and exhausted week ahead as my next day off won’t be for 7 days.

Be a friend to yourself

I once read about an experiment that is relevant to all this. It was found that the part of your brain that is engaged when you think about yourself in the future is not the same as the one that thinks of yourself in the present. In fact it’s the part that engages when you think about other people. This means that you don’t think of your future self as truly yourself. It is what leads us to impulsive behaviour. It’s what leads us to do things in the present at the expense of our future self. It’s relevant because it means it’s easier to forget about the needs of your future self. The guy whose gonna be the one burning out. Be Kind to that guy. Be a friend to yourself.

I am trying to learn that lost work hours aren’t lost hours. They just have a different priority. Whether it is well being or social, or even just the benefit of returning to your work with fresh eyes. Time off is time well spent. We all need it, some of us just need to let ourselves have it.