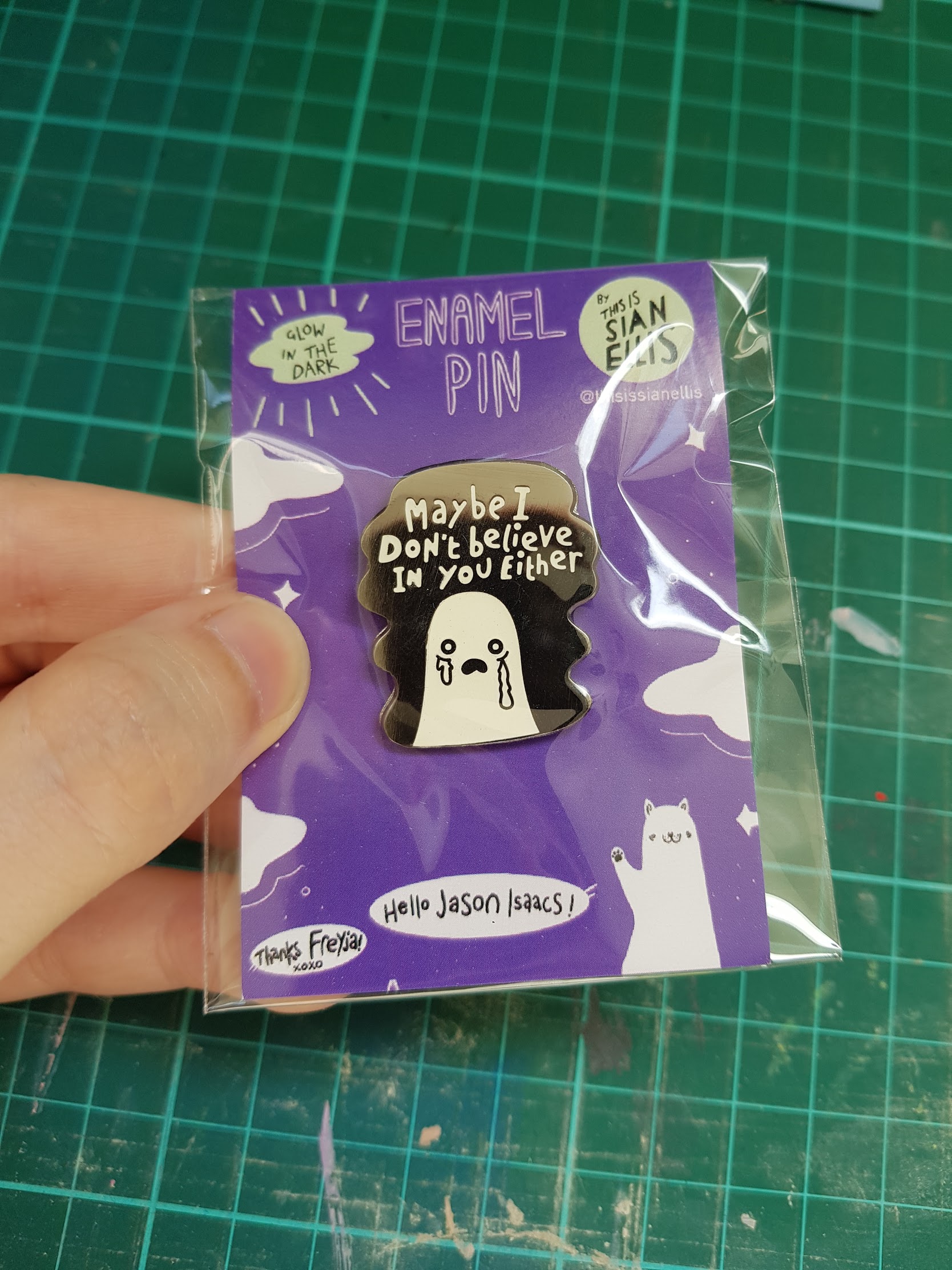 In the Summer I ran my first ever Kickstarter campaign to produce my first ever enamel pin. I had never used Kickstarter before but had attended a free information evening ran by the website at Site Gallery in Sheffield earlier in the year.

I think I started off with a grandiose idea of an intensive and detailed strategy. Spreadsheets and plans reviewed again and again before launch day. In reality, I found myself with an overflow of energy and enthusiasm on an afternoon I was free and feeling brave. Off the cuff, emotional and optimistic, my campaign was born.

I had used the tips I learnt at the Kickstarter advice evening. I set my campaign for 4 weeks and made sure to have pledge rewards at range of price points. Specifically I ensured there was a £20 tier, the most popular Kickstarter pledge amount.

Trying not to constantly survey the campaign is a challenge in itself. Watching the amount rise and sink was surprisingly stressful. Luckily for me I had very few cancelled pledges, and I reached my target goal within a timeframe that meant the pressure wasn’t onme for longer than I could handle. It meant that I could review my goals. Hope for higher amounts and add additional rewards. When the campaign hit 100% funded after just one week of being live, I was grateful, surprised and humbled.

Some kickstarters add rewards that are only available to claim once they are unlocked when the campaign reaches a certain target. I was far too giddy and excited for that, all my rewards unlocks were free gifts for all physical backers. This could have been something in which to monetize and encourage higher pledges, but I was happy just to offer rewards and share the love with my amazing backers.

I also didn’t realise that the shipping costs registered to your target. This is only a problem if your minimum is really the very minimum you need to produce and you only hit that. In future I would factor these costs in too.

The bestest most wonderful lesson was what fab folk are out there supporting my work, and what wonderful new people found me on Kickstarter and took a chance on my art. The success of my first ever Kickstarter campaign reaching £1000 pledged was the nicest compliment in the whole of 2019. Thankyou!

This piece is part of a three part blog series on my highlights from 2019.